the Nobel Prize banquet in the Stockholm City Hall on December 10.

Anna von Hausswolff gave voice to her own lyrics and to music created by her and composer Mikael Karlsson, who also played piano and pipe organ.

The Royal Swedish Opera Choir and Orchestra was conducted by James Grossmith.

performed to a choreography by Nicolas Le Riche.

The 2018 Divertissement was based on personal and altruistic courage, linked among other things to the 2018 Peace Prize by a call to celebrate and honour women.

The production was a coproduction with The Royal Swedish Opera, producers were 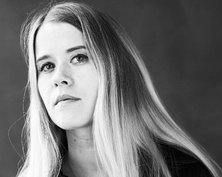 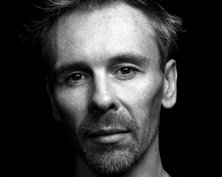 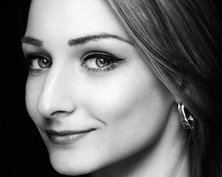 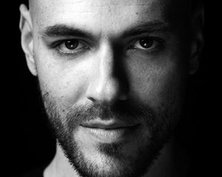 A Swedish-born composer who lives and works in New York, Mikael writes music for opera, ballet, modern dance, orchestra and chamber ensembles . His music is performed frequently at festivals, opera houses and concert halls in Europe and the United States . His commissions for dance include works for The Paris Opera (Play - Ekman), The Norwegian Opera and Ballet (Rooms, A Swan Lake, Resin – Ekman; Player – Proietto), Vienna State Opera (Blanc - Proietto), the Royal Swedish Opera and Ballet (Tyll, Midsummer Night’s Dream - Ekman), etc. His first opera, The Echo Drift, premiered at the Prototype Festival in NYC in 2018.

Anna is a musician who has worked in Gothenburg, Sweden, since 2009 . Her main instruments are the pipe organ and her voice . She tours all over the world and has been part of many international collaborations. She has released four albums, and she wrote the music for a theatrical production of The Saga of Gösta Berling at the Gothenburg City Theatre in 2017. She was also the solo vocalist in Alexander Ekman’s ballet production Midsummer Night’s Dream . Anna operates her own experimental label, Pomperipossa Records, and also releases albums by other musical artists.

In August 2017 Nicolas Le Riche became Director of the Royal Swedish Ballet . Before this he founded l’Atelier d’Art Chorégraphique (LAAC) at the Théâtre Champs-Elysées in Paris. Throughout his dance career − having won the rank of “danseur étoile”, the highest honour a French dancer can earn − Le Riche was faithful to the Paris Opera Ballet, with lead roles in classic and neoclassic as well as modern dance. Nicolas Le Riche is a well-established choreographer and has, among other distinctions, been named Chevalier de l’ordre de la Légion d’honneur.

First soloist dancer at the Royal Swedish Ballet . Previously employed as a principal dancer at the Finnish National Ballet . She has had lead roles in Swan Lake, Sleeping Beauty and Onegin and is currently performing the lead role in The Nutcracker.

Employed by the Royal Swedish Ballet since 2012 and appointed as principal dancer in 2014 . Previously affiliated with Les Ballets de Monte Carlo, he has worked with such leading choreographers as Jiri Kylián, William Forsythe and Twyla Tharp . Mats Ek created the role of Mercutio specially for Marchand in the Royal Swedish Ballet’s prize-winning production of Juliet & Romeo (2013) .