Cinematograph AB was founded in 1951 by film director Ingmar Bergman.

The company produced/coproduced all Ingmar Bergman feature films from “The Shame” (1968) to “Fanny and Alexander” (1983), and most of his TV-films during 1970-90, including several films by other directors.

It is the parent company of Hammars Drama Productions AB, producer of dance performances and films: “Ingmar Bergman through the Choreographer’s eye” (2016) and “Scenes from a Ferry” (2018), as well as producer of the Nobel Prize Banquette entertainment 2018, all with Ingmar Bergman jr as executive producer.

Since 2019 the company is owned and managed by Ingmar Bergman jr and Claes Du Rietz. Ingmar is a member of the board of the Bergman Center Foundation. 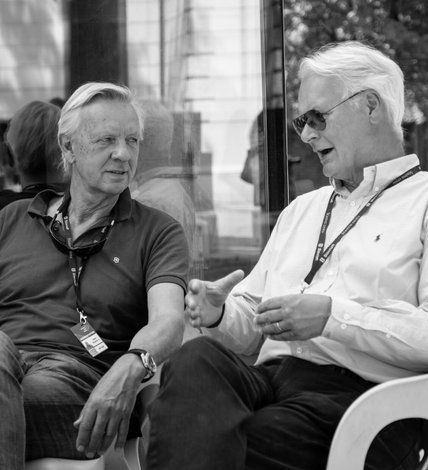 HOW THE FIGUREHEAD BECAME OUR LOGOTYPE

Told by Maj-Gun Blomberg at the Bunge Museum in Fårösund.

Ingmar Bergman was a recurring guest in both Bunge Chuch and at the Bunge Museum. He often visited the museum in the morning, as it had just opened, and there weren't a lot of visitors. He would chat with the employees working as guides in the museum, and was never in a rush.

In the hall of the 18th century estate's farmhouse, stood this figurehead, set up as adornment, and as an example of the repurposing of objects left behind by stranded ships. Bringing home pieces of wrecks, name signs from ships, and figureheads was not uncommon.

This particular figurehead has caught the eye of many visitors through its well-made wood sculpture, who's creator is unknown.

But Ingmar Bergman was completely obsessed with her beauty and often visited the museum solely to look at her. Finally he asked the head of the museum, Anna Erlandsson, if he could borrow her and make a copy, so he could use her in his logotype. Both Anna and the museum thought it to be a good idea, and let him borrow her, and Cinematograph AB became synonymous with this figure to the world.

This beautiful little love story is dedicated to both the Bunge Museum, and the beautiful sculpture who, thanks to Ingmar Bergman, got a whole new "life" other than sitting in the front of a ship, or rotting away on the beach after the ship has been stranded.

A beautiful, well-made copy of the figurehead was made by Ingmar Bergman's long time set design collaborator P.A. Lundgren in 1973. The piece was later sold via Bukowskis auktion in 2009. 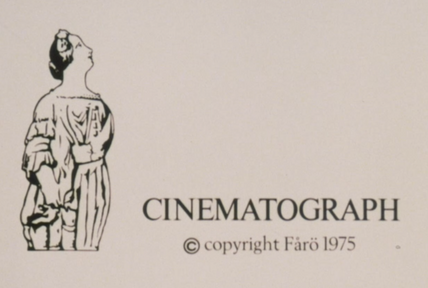